Dalit Katz, Director of CJS at Wesleyan University and Chair of the Film Committee of the Association for Jewish Studies, was featured in the AJS Conference Issue with an article reporting about the AJS Film Committee’s work. The article can be found at 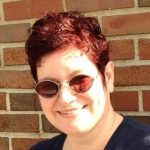 Mazal Tov to Ruth Nisse, a faculty member in the Center for Jewish Studies, who was promoted to Professor of English. Professor Nisse is a scholar of medieval literature. Her recent book, Jacob’s Shipwreck: Diaspora and Translation in Jewish-Christian Relations in Medieval England (Cornell University Press, 2017), introduces a new approach to ideas of Jewish Diaspora in medieval Western Europe based on an examination of the transmission and reception of Hebrew and Latin post-biblical literature.

The Center for Jewish Studies congratulates its students for their academic excellence. Zachary Mauer is the recipient of the Needler Prize for excellence in Judaic Studies and Hebrew.  Zach will be graduating this year with the Certificate for Jewish and Israel Studies. He has completed numerous courses in Jewish Studies taught by Wesleyan faculty as well as scholars in residence. In addition, Zachary has completed the Hebrew program and took the additional Advanced Hebrew Tutorial.

Two other seniors have won the Scott Prize for excellence in Hebrew: Isabel Fattal and Jared Fineberg. Both Isabel and Jared have successfully completed the Hebrew program.

On behalf of the Center for Jewish Studies and the Hebrew program, I would like to wish our graduating seniors BEHATZLACHA, good luck, in  their new path in life. We will miss their enthusiasm, creativity and commitment but know that they will be as successful in their new chapter in life as much as they were successful in their academic life.

Sarah Wildman ’88, an award-winning writer and regular contributor to the New York Times, presented the 36th Annual Samuel and Dorothy Frankel Memorial Lecture on April 5, in the Daniel Family Common at Usdan University Center. The event was sponsored by the Center for Jewish Studies and organized by Dalit Katz, director of the center.

Wildman spoke on what she’d learned about the Holocaust in writing Paper Love: Searching for the Girl my Grandfather Left Behind (Riverhead Penguin, 2014).

Wesleyan University Israel and Jewish Studies grant recipient student, Joy Feinberg ’19, along with Jamie Marvin ’19 and Sarah McCully ’16  and  their professor Kate Birney, assistant professor of classical studies, archaeology and art history and CJST faculty member, contributed to  the groundbreaking discovery of the first Philistine cemetery during their excavation in Ashkelon in Israel. The Philistines are known as the archenemy of ancient Israel from the Hebrew Bible and the discovery of the first Philistine cemetery might support the claim that the Philistines were migrants who arrived to the shores of ancient Israel from to lands to the West around the 12th century BCE.

To learn more about this discovery, please check the following link:

The Milken Archive in conjunction with the Foundation for Jewish Culture is sponsoring a visual arts competition called “Eye Meets Ear: Visual Arts Competition for Emerging Artists.”  Its purpose is to find twenty pieces of art to serve as cover art for the twenty themed volumes of music that comprise the Milken Archive’s new online museum (visit at www.milkenarchive.org <http://www.milkenarchive.org> ). The creator of each selected artwork will receive a prize of $2,000, a total of $40,000 will be awarded, and there is no limit to the number of submissions an individual can make.  You can read more about the competition at www.jewishculture.org <http://www.jewishculture.org> .

Undergraduate Research Fellowship Program
Advanced undergraduate students at North American universities are invited to apply to carry out research in the archives and libraries of CJH’s partner institutions. This fellowship is designed for third and fourth year undergraduates preparing theses or other major projects in Jewish history and related fields. Projects require substantive use of archival and printed sources (e.g., newspapers, collections of sermons, memoirs, institutional reports) housed at CJH and not available at the student’s home institution. The amount of the fellowship is up to $1,000 and students are encouraged to seek matching funding from their home institutions. The award may be used for travel purposes and lodging while at CJH.

Joseph S. Steinberg Emerging Jewish Documentary Filmmaker Fellowship
Undergraduate and graduate emerging filmmakers working on topics related to modern Jewish history are encouraged to apply for this fellowship, which supports research in the archives housed at CJH. The award is designed to help further existing projects, or to start new projects, whose subject matter is in line with the collections housed at CJH. Recipients are eligible for awards of up to $5,000 and are provided with access to the resources at CJH. Students are selected for one academic year of research through a rigorous and competitive process and are expected to present finished documentary works, or works in progress, to a public audience at CJH.

For more information, go to: www.research.cjh.org

Daniel Monk
Lecture: Thursday, April 8, 8:00 p.m. “THE JEW AND THE TANK: Habit and Habitus in the Historiography of Israel’s Era of Euphoria”
Location: PAC 001

On behalf of the Committee for Middle Eastern Studies at Wesleyan University, we would like to invite you to the Middle Eastern Film Series, which includes the following films:

All films will be screened at PAC 001 at 7pm. Admission is free.

The first film from Israel, “The Band’s Visit,” is about an Egyptian band that came to Israel to play at the opening of an Arab Cultural Center in a major Israeli city, but by mistake the band arrives at an isolated village where as one of the villagers informs them, “there is no Arab culture, no Israeli culture, no culture at all.”
The film won the official Cannes Festival selection as well as 8 Israeli academy awards. It is 90 minutes with English subtitles.

Welcome to the Jewish and Israel Studies Blog at Wesleyan University. On this blog we will be posting upcoming events sponsored by Jewish and Israel Studies. The blog welcomes follow-up comments from readers concerning matters raised at these events. In addition, the blog will be a site for reader responses to audio and video recordings we will be posting of academic lectures, poetry readings, conference papers, and other cultural events sponsored by JIS.

We intend to be experimental with this blog over the next few months, and we look forward to hearing suggestions from readers about ways we can make it useful to them. Readers can subscribe to this blog using the “RSS” button on the right. Readers who prefer to receive updates by e-mail can choose the “email notifications” link instead. For additional information about Jewish and Israel Studies at Wesleyan University, please see our Website at http://wesleyan.edu/jis/index.html