Samuel Kassow, the Charles H. Northam Professor of History at Trinity College, will deliver this year’s Samuel and Dorothy Frankel Memorial Lecture.  Professor Kassow will speak on “Time Capsules in the Rubble: The Secret Archive of the Warsaw Ghetto.” 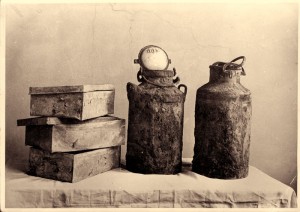 Within months of the start of World War II, the historian Emmanuel Ringelblum established a secret archive called Oneg Shabbat, “the Sabbath pleasure.” Over the years, Ringelblum and his associates would document the life and death in the Warsaw ghetto. It was, as Professor Samuel Kassow argues, “the biggest example of cultural resistance during WWII.” Between 1940 and 1943, members of Oneg Shabbat group buried thousands of documents in milk cans and tin boxes. Only some were recovered.

Professor Kassow is the author of many books including, most recently, Who will Write our History: Emanuel Ringelblum and the Oyneg Shabes Archive.  In 2010, he was elected a member of the American Academy of Jewish Research.