Spring semester means the Ring Family Israeli Film Festival, which always happens before the Spring Break and as always was fantastic thanks to Professor Dalit Katz’s curatorship. The festival featured: Fill the Void by Rama Burshstein (2012), Zaytoun by

Eran Riklis (2012), By Summer’s End by Noa Haroni, a documentary Six Million and One by David Fisher, and two shorts Wherever You Go by by Rony Sasson Angel and Welcome and Our Condolences by Leon Prudovsky.

In the second half of the semester, Jewish and Israel Studies hosts several talks: 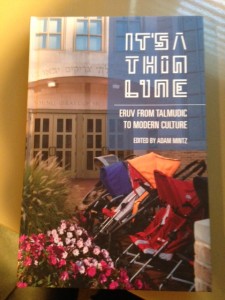 Samuel Kassow is the Charles H. Northam Professor of History at Trinity College and a visiting professor of history at Wesleyan University. He is the author of numerous books and publications on east European Jewish history. Most recently he published the award winning “Who Will Write Our History” Rediscovering a Hidden Archive From the Warsaw Ghetto” (2007).

Monday, May 05, 2014, Noon, Allbritton 311: We will venture into the world of science.  Dr. Orna Levran P ’09 ’15, the Rockefeller University in New York, will speak on “Race, ethnicity, and ancestry: a medical genetic perspective”

Interactions between genetic, environmental, and social factors have been proposed to explain the observed differences in disease prevalence and severity among different populations. Populations vary in terms of history (expansion, migration, and natural selection), allele frequencies, and other properties that affect the importance of genetic risk variants. In this talk we will discuss current methods to infer fine personal global ancestry and admixture with examples from several distinctive populations (including Ashkenazi and non-Ashkenazi Jewish cohort) obtained for the study of the genetics of drug addiction. We will also discuss examples of targeting specific groups for prevention and treatment efforts, as well as the reevaluation of the relevance of racial/ethnic labels in the genomic era of personalized medicine.